An estimated 80,110 new cancer cases among adults 20 and older in the United States in 2015 were attributable simply to eating a poor diet, according to the study, published in the JNCI Cancer Spectrum on Wednesday.
.

“This is equivalent to about 5.2% of all invasive cancer cases newly diagnosed among US adults in 2015,” said Dr. Fang Fang Zhang, a nutrition and cancer epidemiologist at Tufts University in Boston, who was first author of the study.
.
“This proportion is comparable to the proportion of cancer burden attributable to alcohol,” she said.
.
The researchers evaluated seven dietary factors: a low intake of vegetables, fruits, whole grains and dairy products and a high intake of processed meats, red meats and sugary beverages, such as soda.
“Low whole-grain consumption was associated with the largest cancer burden in the US, followed by low dairy intake, high processed-meat intake, low vegetable and fruit intake, high red-meat intake and high intake of sugar-sweetened beverages,” Zhang said.
.
The study included data on the dietary intake of adults in the United States between 2013 and 2016, which came from the National Health and Nutrition Examination Survey, as well as data on national cancer incidence in 2015 from the US Centers for Disease Control and Prevention. 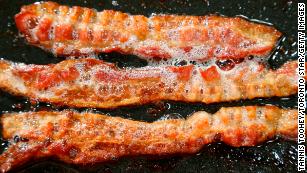 The researchers used a comparative risk assessment model, which involved estimating the number of cancer cases associated with poor diet and helped evaluate how much diet may play a role in the US cancer burden. Those estimations were made using diet-cancer associations found in separate studies. “Previous studies provide strong evidence that a high consumption of processed meat increases the risk of colorectal cancer and a low consumption of whole grains decreases the risk of colorectal cancer,” Zhang said. “However, our study quantified the number and proportion of new cancer cases that are attributable to poor diet at the national level.” 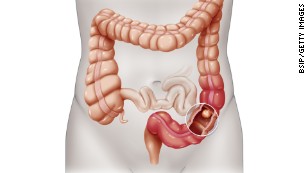 The researchers found that colon and rectal cancers had the highest number and proportion of diet-related cases, at 38.3%. When the findings were looked at by diet, low consumption of whole grains and dairy products and eating a lot of processed meats contributed to the highest cancer burden. Also, men 45 to 64 years old and ethnic minorities, including blacks and Hispanics, had the highest proportion of diet-associated cancer burden compared with other groups, the researchers found. 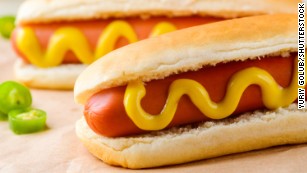 The study had some limitations, including that the data couldn’t shed light on how the association between diet and cancer risk may change as a person ages. Additionally, more research is needed to determine whether a similar association would emerge for other years and time periods in the United States. All in all, “diet is among the few modifiable risk factors for cancer prevention,” Zhang said. “These findings underscore the needs for reducing cancer burden and disparities in the US by improving the intake of key food groups and nutrients.” 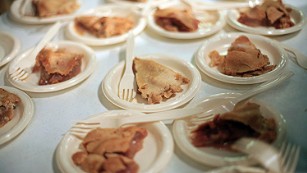 Ultraprocessed foods occupy a growing part of the world’s diet. A 2016 study found that 60% of the calories in the average American diet come from this kind of food, and a 2017 study found that they make up half of the Canadian diet. They make up more than 50% of the UK diet, and more of the developing world is starting to eat this way. Yet you may protect yourself from cancer by avoiding ultraprocessed foods and instead choosing organic foods, research has shown. People who frequently eat organic foods lowered their overall risk of developing cancer, according to a study published last year in the medical journal JAMA Internal Medicine. Specifically, those who primarily ate organic foods were more likely to ward off non-Hodgkin lymphoma and postmenopausal breast cancer than those who rarely or never ate organic foods. Additionally, according to a study published in the same journal in February, we face a 14% higher risk of early death with each 10% increase in the amount of ultraprocessed foods we eat.
.
Why are people eating more of these processed foods?
“We are living in a fast world, and people are looking for convenient solutions. We are always stretched for time,” Nurgul Fitzgerald, an associate professor in the Department of Nutritional Sciences at Rutgers University, said earlier this year. “People are looking for quick solutions, a quickly made meal.” When selecting food, taste is the No. 1 factor for most consumers, she said, but price and convenience are also important, and with ultraprocessed foods, that convenience factor is “probably top of the list: grab and go, ready to eat.”
____

CNN’s Jen Christensen and Susan Scutti contributed to this report.

FACTORS THAT AFFECTS YOUR ABILITY TO GAIN MUSCLE MASS

Let's Get In Touch